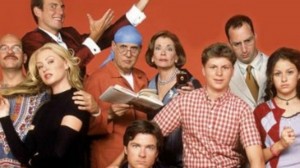 After the fall of Adam and Eve, the storyline of Genesis reads like a season of Arrested Development (or any other sitcom about a dysfunctional family) – a series of episodes featuring the human family’s disgrace and dysfunction.  Humans sense the dreadful shame of being unacceptable before God. The shame we inherit from Adam and Eve shapes our identity and behavior. Having lost our all face, family, identity, name, and status in the garden of Eden, our life is a perpetual effort to construct a counterfeit honor.

Sin (i.e., abuse, anger, gossip, boasting, racism, violence, war, etc.) is the false attempt to cover shame and promote honor. We try to manufacture a false status, often by shaming others or boasting in the superiority of our own group. Our attempt to reproduce the honor Adam lost in the Garden of Eden only perpetuates the shame.  The following three episodes in Gen 4-11 reveal the depths of human shamefulness.

In collectivistic settings, jealously is common sin.  People envy others other people’s status.  When another person receives recognition or prominence, the resulting sense of inferiority prompts a desire to degrade that person.  This explains the dynamics of Cain and Abel in Genesis 4 (biblical terms of honor and shame in bold) Cain kills Abel out of a sense of inferiority and unacceptability – shame.  The Lord “had regard for Abel and his offering, but for Cain and his offering he had no regard.” God approved and recognized Abel over firstborn Cain.  Sensing the dishonored status of divine rejection, Cain’s “face fell.” God said there could “be a lifting up [of your face],” but Cain’s status envy causes him to kill his brother in an effort to regain respect.

Brother excluding brother from life on earth – a tragic symbol of how broken the human family is. Consequently, Cain suffers the shameful consequences of his sin.  He becomes a “fugitive and wanderer” “driven away from the land” and removed from the face of God. Though Cain’s descendants were accomplished, they were always prone to construct their honor through impressive talents or violent retaliation (4:17-24).

Cain’s genealogy ends with Lamech boasting to his wives, “I have killed a man for wounding me, a young man for striking me.” That is honor-shame speak for, “Nobody disrespects me!” (an antithesis to “My salvation and honor depend upon God” – Psa 62:7). Feeling shamed, Cain humiliated Abel (to the point of death), and creates more shame for himself and his family.  Without God, that is the human story.

A common strategy for elevating one’s status is to dishonor others.  The social logic goes – if they are lowered, then we appear higher!  Techniques of exclusion and humiliation reflect humanity’s vain striving for false honor. After the flood, God covenants to bless Noah with divine favor (Gen 6:8; 9:1-17).  But Noah becomes a little too blessed with a fruitful vineyard!  He became drunk and laid naked in his tent.  When Noah’s youngest son Ham saw him naked, he publicly exposes Noah’s shamefulness by telling his two brothers.  This would certainly humiliate and dishonor his father.  Children disgracing parents!  But Shem (whose name means “name”) and Japheth seek to honor their father by covering his shameful nakedness.  They even avoided exposing Noah’s nakedness to their own eyes by walking backwards. Yet again, shameful sin breeds more shame;  Ham’s descendants (Canaan) are cursed as servants to their brothers (Gen 9:25).

Boasting is another common technique of humans in shame.  Boasting is not so much pride in one’s moral goodness, but a claim to honor based on cultural status.  Boasting is a form of ethnocentrism – my group is superior because of X, Y, and Z!  To create an honor themselves, the people of Babel were moving to boast in their self-created exalted status. “Come let us build ourselves a city and a tower with its top in the heavens, and let us make a name for ourselves” (11:4).  The human family strives to elevate itself up to the heavens and make a name for themselves.  The goal is for others to look up at us, and thus create reputation for ourselves.  And yet again, when the broken human family acts to construct a name apart from God, the story ends tragically and shamefully.  The people are confused and dispersed. Without God’s gracious intervention, the trajectory of the human story descends into the pit of shame. God intervenes, by calling a man from Ur of the Chaldeans to redirect the course of human history, from shame to honor.